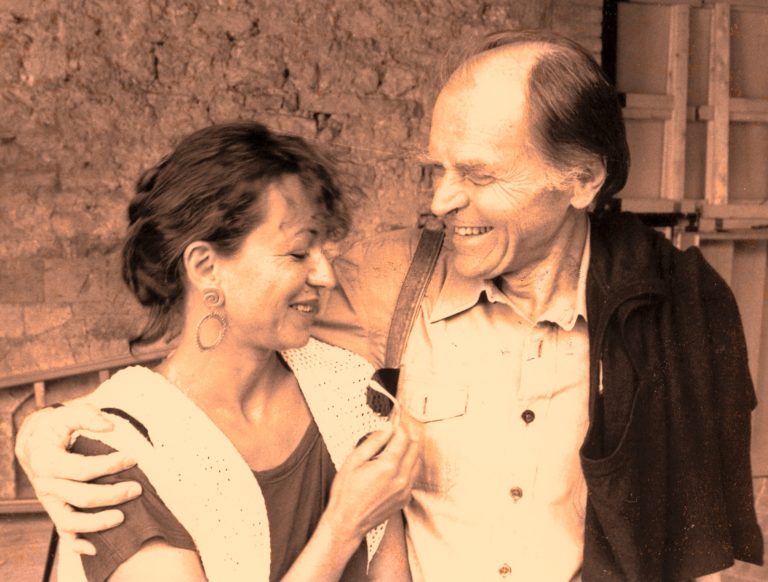 In the years 1964ff Mexicans, Blacks, Indians entered the university as a result of new educational policies. There they sat, partly curious, partly disdainful, partly simply confused, hoping to get an ‘education’. What an opportunity for a prophet in search of a following! What an opportunity, my rationalist friends told me, to contribute to the spreading of reason and the improvement of mankind! What a marvellous opportunity for a new wave of enlightenment! I felt very differently. For it dawned on me that the intricate arguments and the wonderful stories I had so far told to my more or less sophisticated audience might be just dreams, reflections of the conceit of a small group who had succeeded in enslaving everyone else with their ideas. Who was I to tell these people what and how to think? I did not know their problems though I knew they had many. I was not familiar with their interests, their feelings, their fears though I knew they were eager to learn. Were the arid sophistications which philosophers had managed to accumulate over the ages and which liberals had surrounded with schmaltzy phrases to make them palatable the right thing to offer to people who had been robbed of their land, their culture, their dignity and who were now supposed to absorb patiently and then to repeat the anaemic ideas of the mouthpieces of the oh so human captors? They wanted to know, they wanted to learn, they wanted to understand the strange world around them— did they not deserve better nourishment? Their ancestors had developed cultures of their own, colourful languages, harmonious views of the relation between man and man and man and nature whose remnants are a living criticism of the tendencies of separation, analysis, self-centredness inherent in Western thought…. These were the ideas that went through my head as I looked at my audience and they made me recoil in revulsion and terror from the task I was supposed to perform. For the task – this now became clear to me – was that of a very refined, very sophisticated slavedriver. And a slavedriver I did not want to be.

Concerning an appeal for philosophy

[This document is the last short piece that Paul K. Feyerabend wrote for Common Knowledge. It appeared in the 1994 winter issue no.3, pages 10–13]

I have before me a document that is signed by philosophers (e.g., Gadamer, Derrida, Ricoeur, Rorty, Putnam), scientists (e.g., Sciama, Prigogine), and administrators (e.g., the president of the European Parliament). It appeals to “all parliaments and governments of the world to introduce, support, and underwrite with full force the study of philosophy and its history and the related history of the natural humane sciences—from the intellectual treasures of the Greeks and the great Oriental cultures to the present.” Such a study, we read, “is the ineradicable presupposition for every genuine encounter between peoples and cultures, for the creation of new categories to overcome existing contradictions and to be able to direct humanity on the path of goodness.” “In this hour of movement and history,” the document concludes, “we need cultural and civic consciousness. We need philosophy.”

The appeal calls philosophy “an eternally effective elixir of life.” It is the very opposite. Philosophy is not a single Good Thing that is bound to enrich human existence; it is a witches’ brew, containing some rather deadly ingredients. Numerous assaults on life, liberty, and happiness have had a strong philosophical backing. The rise of philosophy in the West or “the long-lasting battle between philosophy and poetry” (Plato, Republic 607b) is the oldest and most influential assault of this kind.
Most intellectuals believe that the early philosophers showered us with “intellectual treasures.” They overlook that the “treasures” were not added to the already existing ways of living; they were supposed to replace them. The trouble is that the “treasures” lack important ingredients of a rewarding human life, and that, in the search for objectivity and stability, their inventors had the tendency to push such ingredients aside. Compared with poetry and common sense, philosophical discourse is barren—and insensitive. It frowns upon the emotional bonds and the changes that keep humans going, which means that philosophers have destroyed what they have found, much in the way that the standard-bearers of Western civilization have destroyed indigenous cultures and ways of life and replaced them with their own idiosyncratic “treasures.”

According to Parmenides, human beings, or “the many” as he calls them somewhat contemptuously, “drift along, deaf as well as blind, disturbed and undecided,” guided by “habit based on much experience” (Diels-Kranz, Die Fragmente der Vorsokratiker [Berlin: Weidmannsche Buchhandlung, 1934], fragments B6.7, B7.3, and B6.6<ts>ff.). Their fears and joys, their political actions, the affection they have for their friends and children, the attempts they make to improve their own lives and the lives of others, and their views about the nature of such improvements are chimeras. According to Plato, most traditional instruments for the presentation and examination of knowledge—the epic, tragedy, lyrical poetry, the anecdote, the scientific treatise (including the many data collected in the Hippocratic writings)—are either deficient or deceptive: they must be changed. Medical practice, for example, must be guided by theory, which can overrule the obtained knowledge of practicing physicians. The arts have no place in an orderly society (Republic, bk. 10). But let us see how some of the changes intended by the likes of Plato would have affected particular areas of Greek society; for example, morals.

The early Greeks knew four basic virtues: courage, justice, piety, and wisdom. According to Protagoras (see Plato, Protagoras327e<ts>ff.), one learns these virtues as one learns Greek, without an appeal to specialists, without teachers, simply by growing up in a community that practices them. Education is community centered. The Homeric epics reflect this situation. They do not define, they use examples, including cases that show, without explicitly saying so, under what circumstances a virtue turns into a vice. Diomedes is courageous (Il. 5.114<ts>ff.); his courage occasionally gets out of hand; in these cases he behaves like a madman (330<ts>ff., 434<ts>ff.). Not the author, but the listener (or, in our days, the reader) makes the judgment and derives the limits of courage from it. Wisdom receives a similar treatment. Odysseus often acts in a wise and well-balanced manner. He is asked to speak to temperamental stars like Achilles; he is sent on difficult missions. But Odysseus’s wisdom, too, occasionally changes face and turns into slyness and deception (Il. 23.726<ts>ff.). Such instances show what courage and wisdom are; they make us aware of the virtues’ complexity; they encourage us to further enrich the virtues by extension and modification, either in our imagination or by acting courageously and wisely in new situations; they do not nail the virtues down, they leave it to us to preserve or alter them: examples teach while encouraging spontaneity.

Concepts so introduced are not Platonic entities, they are not “objective,” i.e., separated from things and traditions. Concepts of this kind are on the same level as color, swiftness, beauty of motion, expertise in the handling of weapons and words. They are affected by the circumstances in which they arise, by dreams, emotions, wishes; they are not subjected to rigid rules. The best way of explaining such concepts is to immerse the questioner in the practice that contains the concepts and to ask him or her to act. The second best way is to give an open list of particular instances. And lists played indeed a most important role in the growth of Near Eastern (Sumerian, Babylonian, Assyrian, early Greek) knowledge.

Socrates proceeds differently. Responding to Protagoras’s assertion that one learns the virtues as one learns Greek, without a teacher, by simply living within a certain community (tradition), he asks (Protagoras 329a<ts>ff.) how the virtues are related to each other and to virtue itself. Is courage part of virtue, and if so, then what does “being part of” mean here? Is it opposed to cowardice and, if it is, how is it related to wisdom? Does the fact that courage and wisdom are both “part of” virtue imply that they are the same and, if they are not, what is the relation between them? These are special questions adumbrating new and highly technical concepts with no obvious relation to the day-to-day problems of ordinary people. Socrates is not only interested in such concepts; he insinuates that true virtue (or true knowledge, or true justice, or true piety) are achieved only when, by a kind of trickle-down process, the new concepts have replaced tradition. Being clear and rigorous, these concepts lack the elasticity, the many-sidedness, the emotional aspects, and the familiarity of the traditional concepts of virtue. Having been introduced to solve technical problems, the philosophical concepts also lack the usefulness of their predecessors. The replacement, therefore, will not enrich the lives of the common people, it will make them barren, inhumane; it will also make them unfree, for it will subject them to the unsympathetic, because “objective,” judgment of experts. So much for the “treasures” created by the rise of Western philosophy.

The recent appeal to “all parliaments and governments of the world” (etc.) has similar drawbacks. It envisages “the creation of new categories to overcome existing contradictions and to be able to direct humanity on the path of goodness.” This may sound reasonable to the ears of intellectuals accustomed to replacing real-world relations by relations between conceptual artifacts. But note what is implied. The categories are not being offered to “humanity”; “humanity” is not invited to consider, perhaps to change or even to reject them; the categories are to “direct” humanity as a policeman directs traffic.
Now it is clear that “categories,” taken by themselves, cannot “direct” anything unless they have power, i.e., unless they are imposed by an influential worldly agency. To obtain the power, Plato consorted with tyrants. The appeal asks “all parliaments and governments of the world to introduce, support, and underwrite with full force the study of philosophy”—i.e., education or, considering the nature of government-directed education, brainwashing is supposed to do the trick. What will be the effect of an education based on the “new categories”?

The categories are supposed to “overcome existing contradictions”—the many ways in which people have arranged their lives will be trimmed to fit the categories. Not case-by-case negotiations between the members of various societies, which might preserve some of the richness of world culture, but an overall system, concocted by academic specialists and supported “with full force” by parliaments and governments, is supposed to eliminate the conflict. That is the colonial spirit again, but concealed, as some earlier forms of colonialism were, by treacly humanitarian phrases.

My second criticism is that the appeal is self-serving (philosophers and scientists want their subjects to have greater power) and abounds in big words and empty generalities. The real problems of our time are not even touched upon. What are these problems? They are war, violence, hunger, disease, and environmental disasters. The warring parties have found a wonderful instrument for “overcoming existing contradictions”—ethnic cleansing. The appeal has nothing to say about these atrocities; in a way it even supports them by its proposed method of conceptual and/or cultural cleansing. The philosophers and scientists who signed it would have done better to issue a strongly worded condemnation of the crimes and the murders that occur in our midst, together with an appeal to all governments to interfere and stop the killing, by military force, if necessary. Such a condemnation and such an appeal would have been understood, it would have shown that philosophers care for their fellow human beings; it would have shown that philosophy is more than an autistic concern with empty generalities, that it is a moral and political force that must be taken into account; and it would have taught the younger generation, better than any government-supported philosophy program, that devoting some time to its study is worthwhile.