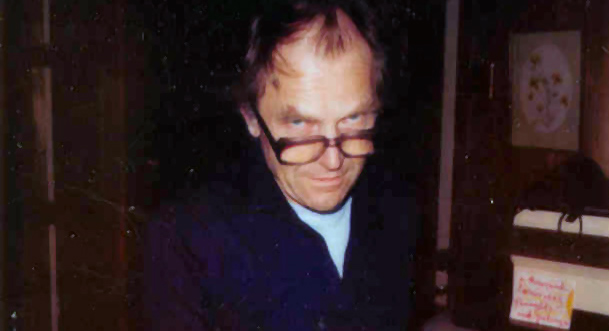 In his formative years, Paul Feyerabend enjoyed personal contacts with leading representatives of contemporary philosophy of science, such as former members of the Vienna Circle and Karl Popper, but also prominent scientists such as Erwin Schrödinger and David Bohm. He was then a prolific writer on theoretical and epistemological issues of quantum physics and mathematics. Over the years, he grew gradually critical of philosophy of science, gaining a controversial fame among some of his colleagues but also becoming well known by the general public for his ‘methodological anarchism’. Based on his studies of history of science, Feyerabend rejected all rationalist attempts at identifying and codifying any one scientific method. He also discussed and questioned the idea that scientific research univocally aims at finding the ‘Truth’. His major work – Against Method (1975) – and his collections of essays, including Science in a Free Society (1978), Farewell to Reason (1987), Conquest of Abundance (1999) and Philosophical Papers (four volumes: 1981, 1999, 2016) have been widely diffused and translated in dozens of languages. They made him an influential figure in both philosophy of science and sociology of scientific knowledge.

Paul Feyerabend offered a historically-grounded critiques of naïve empiricism (e.g., the idea that scientific theories are based upon ‘independently meaningful facts’) and its dogmatic petrification in methodological theories. He introduced the concept of ‘incommensurable’ theories (i.e., theories not based on the same universal principles) and— of more direct social value— demolished the dogma of a system of rules strictly binding valuable scientific practice.  As demonstrated by history, sciences thrive when theories, hypotheses, and methodological approaches do proliferate, not when they are confined into theoretical cages. Feyerabend made clear that all methodologies have their limits, that scientists are not ‘rule followers’ but opportunists, and that the only methodological principle that does not inhibit progress is “anything goes”.  It follows that the views of the sciences of the day should not tyrannize people in the name of a supposed ‘higher rationality’ but adjust and respond to the values and inclinations of relevant cultural traditions.  While Feyerabend’s call to democratize the sciences is clear, he also came to critically assess the idea that cultural traditions can be unambiguously identified.  Thus, far from a strong relativist position, he argued that “potentially every culture is all cultures”, which some commentators see as a strong ground for his ‘humanitarianism’.

Feyerabend’s defence of the pluralistic character of the sciences, arising from both the diverse values and concerns of human beings and the complexity of the natural world, is developed in Conquest of Abundance and considered by many as the ‘hard core’ of his work. Perceptive readers find his defence of pluralism (of theories, methods, cultural traditions, and overall views of the world) liberating against any form of totalitarianism and intellectual or ideological hegemonies.  In fact, he was deeply appreciative of the variety of experiences by which human beings make sense of the world (“real is what plays an important role in the kind of life one wants to live”).  The basic essence of ‘Being’ may well be ineffable and unknowable, but the richness, abundance and diversity of human experiences, and the tolerance and openness that make those possible, are necessary for human thriving.  In fact, the conditions for human thriving— not intellectual pursuit—has been Feyerabend’s main concern.

Paul Feyerabend was an insatiable reader and prolific correspondent— many of his reviews and exchanges with key personalities of the last Century are available in print and the volumes of his correspondence are under publication. Volume 1 Feyerabend Formative Years: Feyerabend and Popper has appeared in 2020. His early work Philosophy of Nature has been published and translated posthumously (2009, 2014, 2016).  A glimpse into Paul Feyerabend’s unconventional life is offered by his autobiography Killing Time (1994).  Excerpts from some recorded messages to his wife (Stories from Paolino’s Tapes, 2001) still convey “…his love of opera, theatre, cinema and the respect, compassion, admiration and sense of wonder he felt for many people”.

Some accounts, reviews, and analyses: