Dario is one of those admirable people who dedicate their lives to a just cause. His one is the indigenous peoples’ struggle for self-determination on the Island of Palawan (The Philippines). Over the last twenty-five years, Dario’s effort to protect the traditional resource rights of Palawan’s indigenous peoples has been relentless, resulting in new and stronger forms of empowerment for the local communities. A revealing moment in the life of Dario happened in 1987, when he singlehandedly managed to protect a Batak community against a logging company that was about to exploit timber in their territory.  As the Batak are swidden cultivators and hunter-gatherers, the loss of their forest would have meant the loss of their livelihoods and culture.

As in many other cases in the Philippines, the indigenous princes of the forest would have been transformed into miserable beggars in town. It was then that Dario discovered the inebriating taste of being able to obtain major results only armed with determination, intelligence and a sense of justice.  Because of his campaign, the logging company was stopped and the Batak were saved.

But Dario was convinced that he could do much more if he would be equipped with more understanding of the people and cultures he so much cared about.  He thus studied social anthropology (Master at the School of Oriental and African Studies, University of London, 1995) and environmental anthropology (Ph.D., University of Kent, 2003).

He actually did research work and published in environmental anthropology, ethno-ecology, indigenous knowledge, shamanism, ritual, cosmology and the anthropology of development.  But he always knew that his place was more with the people than with books and computers, and that he was ready to renounce comfort and salaries to follow his own sense of justice and solidarity with the oppressed. In 1989, Dario assisted the Penan of Sarawak in bringing their complaints to the international level, which led to an international campaign by Friends of the Earth to save the Sarawak forest, and a call to ban importation of tropical logs from Eastern Malaysia to Europe.

A few years later, in the Indonesia province of Riau (Sumatra), he supported the Orang Batang Sikkai (also known as Sakai) to prepare a formal complaint about the entrance of petrol companies, palm oil plantations and logging concessions in their territory.

Since 2006, he has been supporting the transhumance shepherds of the Aurunci mountains (Central Italy) to organize and build solidarity links with other pastoralists (for example in Tibet and Kirgizstan).

In 2013, Dario is international campaign coordinator for ALDAW (Ancestral Land/Domain Watch) of Palawan, un-paid staff at the Centre for Biocultural Diversity (CBCD) of the University of Kent (UK), husband of a Pilipino woman and father of two twin daughters. He is about to spend several months in the Philippines building upon the mutual solidarity of indigenous peoples in Palawan and Mindanao against the dangers of oil palm monoculture on their lands. 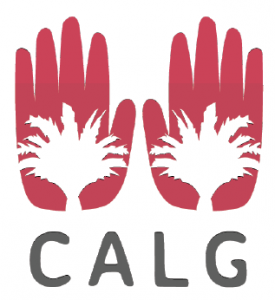