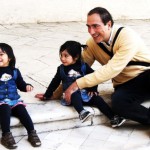 Much of the poverty faced by the Maasai is underpinned by land access restrictions, arising from loss of land resulting from tourism initiatives, and the impact of conservation and commercial farming, both areas the national government has consistently supported. The … Read more

The Sherpa indigenous people of the Mt. Everest region of Nepal—a customary territory called Khumbu — regard their high valleys as a sacred place they have the responsibility to conserve.  Many Sherpa cultural leaders, however, are concerned that their territory … Read more

Solidarity and joint learning and action among indigenous communities resisting oil-palm monocultures in the islands of Palawan and Mindanao (The Philippines).

With this initiative the Foundation supports a search for mechanisms to give the stronger possible voice to indigenous communities affected (or potentially affected) by oil palm monocultures in Palawan and Mindanao—two main islands in the Philippines’ archipelago.  The researcher/ activist … Read more

The Process of the Black Communities (PCN) is a movement that articulates individuals and organizations— from the Caribbean coast, the Pacific and the valleys of the Cauca, Patia and Magdalena rivers— who work for the recognition and implementation of the … Read more