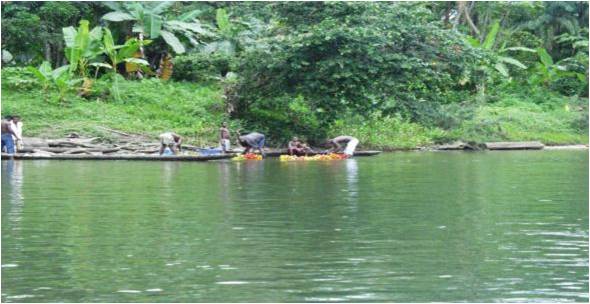 The PKF project will help the team of PCN called Yembé (which is dedicated to “Good Living” and development alternatives) to hold an event in July 2013 focusing on alternatives to conventional, neoliberal and capitalist economy. The event, which will gather people from the regions of ancestral presence of black communities, will investigate and attempt to systematize how ideas and different ways of doing are emerging from academia and social movements and are shaping new theories and practices of relating between humans and nature. The event will allow an exchange of experience and the discussion of alternative economic practices. In particular, some community experiences will be examined in detail by the same actors who carried them out. The communities will then discuss among themselves which one of them deserves a recognition (and why) as most innovative and most capable of internal solidarity. This “recognition” will consist of a fellowship for two people to participate in a mutual learning workshop that will take place in Ecuador (near the town of Cuenca) in September 2013. The identified deserving community will not only send two people to benefit from the exchange visit but will also receive a small amount of financial resources that they will decide how to invest at the return from the visit.

It is hoped that the PCN event will not only develop a critical narrative and some way to express the own values of social movements, scientists and researchers who do not recognise themselves in the neo-extractive approach to development that generated the current economic, environmental and civilization crisis, but that it will also make visible the economic experiences that those social movements consider as genuinely their own. The critical and purposeful examination of “other possible economies at the roots of other possible worlds” can help to establish some guidelines for action. Other communities that received PKF support in recent years will be invited to contribute to the event.

The Afro-Colombian communities of Northern Cauca and the Pacific argue that the “other possible economies” must be just, sustainable and pluralistic, that they must defend life in all its manifestations, and defend the rights and dignity of peoples and of all beings in the universe.