Communities organised against usury in Madagascar: a film to understand

The poverty of rural Madagascar is well known. What is less known is the tragedy of usury, which in Madagascar imprisons rural people in a vicious circle of growing poverty. Usury (lending money at exorbitant rates of 200-400% interest in a few months), associated with a system of rice selling at low price at harvest time followed by re-acquisition of rice at high price in time of scarcity (at times even doubling or tripling of the harvest price) has been ruining many households in the Great Island. The peasants lose several times: because of usury, because of selling rice at low price and buying it at high price rice, and even because of sharecropping. As long as this system prevails, the vicious circle will continue to push its victims more and more into absolute poverty.

The Program Tsinjo Aina (“Livelihood security through preventive action”), supported by the NGO Action de Carème of Switzerland, attacked the problem by first promoting the conditions that make possible for the peasants to free themselves from the control of the usurers, and then helping them to progress.

The program basically encourages and accompanies the organization of “Common Savings Groups” at the grassroots. Their common savings (from rice and/or money) accumulated by regular contributions, common work and mutual aid, can be lent whenever some group member needs credit. Each member of a Common Savings Group can ask for credit from the Group instead of having to go to the usurers. The Internal Regulations set the procedures for the organisations of the Groups, the creation of the savings and their use as fund for internal credit. The initial support provided by the Tsinjo Aina program is designed to unleash within each Group processes to generate other community initiatives against poverty or, even better, against the various forms of dependency and injustices that are at its roots. Among such community initiatives are efforts to secure access to land and drinking water, promote food crops, obtain civic rights, ensure the safety of people and goods, etc.

A large scale program was launched in 1999. In mid 2006, the program included more than 4.000 Common Savings Groups in 8 zones of the Great Island, interesting 12 regions. The average number of members in a Group being 15 to 20 adults, the program Tsinjo Aina works now directly with 60.000 to 80.000 people, and relates indirectly to 300.000 to 420.000 people (5 to 7 members per family). The exemplary character and the success of the program Tsinjo Aina led to the idea to make a short (26 minute) film on the experience. The Foundation has decided to support the realization of this film.

The task has been entrusted to two experienced people who agreed to work voluntarily for the Foundation. Judithe Bizot is President of the association “Women of the South” and producer of excellent short films on a number of subjects related to environment, development and culture— often for UNESCO. She excels in describing with passion and intelligence people in complex situations. Claudio Bruno is a journalist, cameraman and producer of television, has worked for UNESCO for 13 years and created all sorts of video products. Judithe and Claudio have been working together for a long time.

This film must first of all help the program Tsinjo Aina to inform about itself and its achievements and to touch the Malagasy people who still do not know about it. The film will show the process that makes possible to emerge from the vicious circle of usury. It will not avoid mentioning the difficulties in the process, but will also show how internal solidarity can help rural communities to get out of a hole and regain confidence in their own capacities. As Madagascar is not the only country to know these problems, the film is also meant to be a vehicle of information and change useful to many communities around the world. The Foundation is planning to première the film in Geneva, in the occasion of the delivery of the first Paul K. Feyerabend Award in 2007.

Extract of the film : 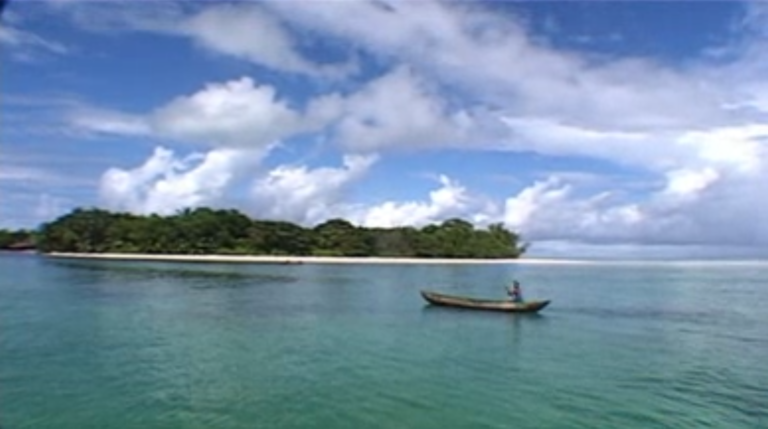 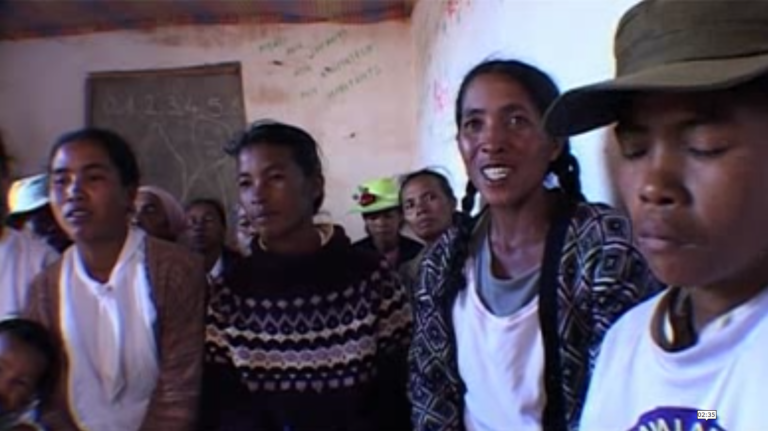