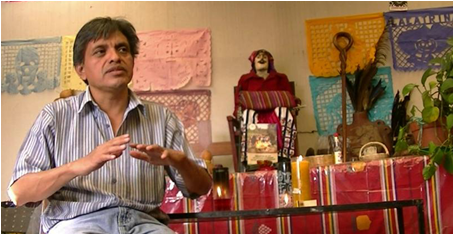 Felipe Gomez is a Mayan spiritual leader, who studied theology and has good understanding of different religions and worldviews that he uses to unite and empower traditional and spiritual leaders in communities across different cultures and linguistic barriers. Besides his spiritual work, he is also involved in numerous social and environmental initiatives in Guatemala and in Central America at large. Through those, Felipe focuses on strengthening culture, which he believes essential to deal positively with current historical changes related to globalisation, climate and the economy, but also on policies to defend the collective rights of indigenous peoples, their territories, cosmovisions and sacred sites. Among such initiatives is Oxlajuj Ajpop, a civil association that gathers seven organizations of Ajq’ijab’s (Maya priests) from various linguistic areas of Guatemala, and hundreds of community elders. From the time of Guatemala’s civil war up to very recently, Felipe and his colleagues have lived under nearly constant death threats, in particular because of their unrelenting protection of sacred sites, coveted by powerful people who would like to exploit them. 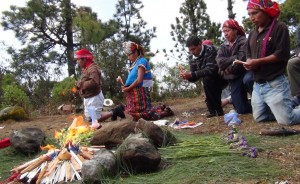 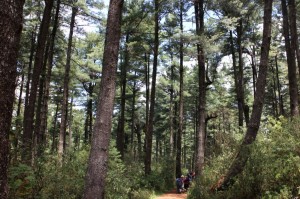