Much of the poverty faced by the Maasai is underpinned by land access restrictions, arising from loss of land resulting from tourism initiatives, and the impact of conservation and commercial farming, both areas the national government has consistently supported. The Ngorongoro District, situated in North Eastern Tanzania, with a population of approximately 200,000 people, has long been a flashpoint of tension experiencing land tenure conflicts between local communities and foreign investors for many years. The pastoralist communities’ access to lands, and therefore livelihoods, has been restricted through wildlife conservation interests, including establishment of protected areas and hunting concessions.

Pastoralist livelihoods have therefore faced escalating pressures and continuous challenges to their ability to use and access their lands and resources. As a result, conflict amongst the three prominent Maasai clans, Laitayok, Purko and Loita, have arisen not due to the ownership of the land, as each clan knows it boundaries, but due to the revenue generated, and subsequent ventures undertaken by investors in the area. Similarly, local communities are not benefiting as they should from touristic endeavours as international operators with little input from local communities largely dominate the market.

The support of PFK Foundation will enable the Pastoral Women’s Council to undertake conflict mapping and mediation with the affected communities as well as a study tour. The study tour will enable communities to see how they can benefit from tourism as an alternative to their traditional livelihoods of pastoralism which, due to climate change, is becoming increasingly unreliable with the rains becoming more and more unpredictable. By hosting a study tour, communities will have exposure to other areas where the community directly engage and benefit from tourism. The conflict mapping and mediation is fundamental for the progression and unification of the communities for long-term stability and harmony within the area. 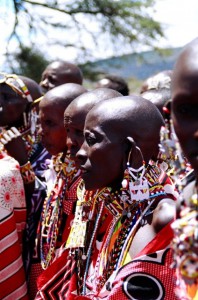