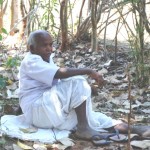 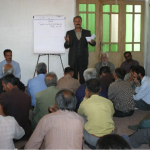 The indigenous peoples of Leco de Apolo, reconstituted in 1996, establishes the Indigenous Organisation of the Leco de Apolo Peoples (CIPLA) in 1997. CIPLA represents 21 communities and a population of 4000 inhabitants. In 1997, it requests from the Bolivian … Read more

Strengthening the Solidarity Association for Proposals and Action in Petén (Guatemala)

The conquest and permanent submission of the Itza people since 1967, and the loss of their institutions … Read more

Proud to be Agta Dumagat (The Philippines)

The Agta Dumagat of the southern Sierra Madre mountain range, in the Philippines, are one of the ancient Negrito ethnic groups with a hunter gatherer background.
Until very recently, the only “educational content” available to Agta Dumagat children was entirely … Read more