Community solidarity in reaction to COVID 19 in Paute (Ecuador)

Since early 2020, all countries in the world have been progressively affected by the COVID 19 pandemic, a disease whose impact is felt most severely by poor and disadvantaged communities.  Importantly, the disease requires a strong sense of mutual care … Read more

The Sai Nam Pian, or Pian Stream, comprises ten communities which are well known for forest beekeeping in Xiengkuang, a northeastern province of Lao PDR. The Phosy community is one of such communities that gradually organized itself around the production … Read more 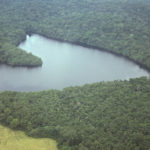 A powerful and moving statement has been prepared and offered  by Felipe Gomez Gomez, 2012 Paul K. Feyerabend Laureate, in the occasion of the 2020 Day of the Earth. 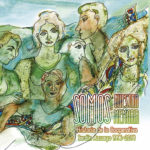 The Savings and Loans Cooperative Jardin Azuayo (Ecuador) celebrates decades of service and joint learning and is more needed than ever.  A wonderful volume illustrated by Hernan Rodas Martinez – laureate Paul K. Feyerabend 2007 –describes the history of the … Read more

Lottie Cunningham Wren: fostering mutual solidarity and human rights law to defend the life, culture and nature of the Miskito people of Nicaragua.

For thirty years, Miskitu lawyer Lottie Cunningham Wren has worked in the domestic and international arena to secure land rights for the indigenous peoples living along the Caribbean Coast of Nicaragua.  She is an exemplarily committed individual, whose professional capacities … Read more

Enhancing the traditional food knowledge and practices of indigenous Bambuti in the Great Lakes Region, DRC

RADIO SHIPIBO : reviving a language, mobilising a nation and serving as a tool for territorial governance for the Shipibo-Konibo-Xetebo people in the Peruvian Amazon

The Shipibo-Konibo-Xetebo are an indigenous people of the Peruvian Amazon with an estimated population of 35,000 individuals. Its 144 communities are distributed in the areas along the Ucayali River and its tributaries (Pisqui, Callería, Aguaytía, Pachitea), and on the banks … Read more

Securing territories of life for the sustainable livelihoods of mobile indigenous peoples and the conservation of nature in Iran – an initiative in memory and honor of Dr. M. Taghi Farvar

Dr M. Taghi Farvar (1942-2018) was a pioneer in participatory nature conservation with indigenous peoples and local communities. He always defended their collective rights over their territories and natural resources and sought to positively influence relevant policies at national and … Read more

Defending the territory and food sovereignty of Maya people in Yucatan, Mexico

This initiative will be carried out in three communities of the Chenes region, where a participatory space will be promoted—in assemblies and dedicated workshops— to identify the elements of strength of the local indigenous food systems. The survival of the … Read more