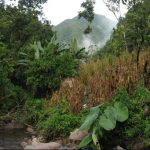 The micro region Poniente of Bacalar, in Quintana Roo, Mexico, is mostly inhabited by Maya communities. Lately, as a result of ignorance of collective rights, more and more ejidal land has been sold there and, with that, land use changes … Read more

Mrs. Pauliina Feodoroff is a Sámi woman from the Skolt family– a minority of a minority, who had to relocate to Finland in 1944 at the end of the Second World War due to territorial annexations by Soviet Union. The … Read more

The Gulf of Fonseca, in Central America is shared by Honduras, Nicaragua and El Salvador. Mangrove ecosystems and other types of wetlands dominate the coast, where mammals, reptiles, mollusks, crustaceans, and birds interact, and where thousands of fishermen use the … Read more